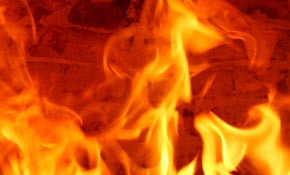 More than 70 firefighters were called to the blaze at the Smithfield laminating films supplier, which is a joint venture of machinery dealer Graph-Pak and cartonboard converter Dimension 1.

No one was injured in the blaze.

Dimension 1 director Ashley Goldsbrough told ProPrint they had no idea what had started the blaze, which broke out at 35 Britton St after 6pm on 3 July.

“The fire investigation team was there yesterday trying to work out the cause of the fire. No idea what started it,” he said.

The company had only finished moving into the facility a few hours earlier. Goldsbrough explained: “We used to have two outside warehouses and we amalgamated them into this one warehouse, which we only go the keys for on the first of this month.”

The owners are now in the process of getting the word out to more than 250 customers across Australia, New Zealand and surrounding islands. They estimated that $800,000 of stock had been destroyed.

However, Goldsbrough said that by a stroke of luck, the company had a 40-foot container arriving today and another due in a few weeks’ time.

“We also have some stock in Sydney and Melbourne in customers’ warehouses which we are able to draw from because we have a great relationship with these customers,” he added.

“Even though it has affected a lot of stock, with our customers’ help we might be able to get out of this.”

Goldsbrough and Graph-Pak managing director Tom Ralph praised the company’s customer base for all their support.

“We’ve been inundated by calls from concerned customers, which is very good. At times like this, it’s always good to know where your mates are,” said Ralph.

Goldsbrough and Ralph both stressed that their core businesses are unaffected by the fire. Graph-Pak Packaging Supplies sells laminating film to commercial offset and digital printers and packaging printers.

Click here for the latest headliens from across the printing industry.