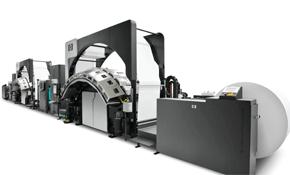 Pitney Bowes will be using the HP T300 Inkjet engine, which was rebranded from the HP Inkjet Web Press, in its IntelliJet Printing System.

The T300 was launched at Print 09 in Chicago this week, but is already available worldwide. Initial installations are expected in early 2010.

According to Pitney Bowes, the IntelliJet will be available for less than $US4 million ($A4.6m).

Ian Davidson, vice president of DMT International at Pitney Bowes, said that the company would be concentrating on the transactional mailing market, not competing with HP’s own machines in other areas. It will be exclusively available from Pitney Bowes.

He said: “In the mailing chain, Pitney Bowes had all areas covered – the only missing point was the printing. HP has the best technology in the inkjet market right now. It has a much greater resolution, running at 1,200x600dpi and it is much faster.”

As well as HP’s printing abilities, the system also features Pitney Bowes’ transactional workflow system to link up the printing and mailing elements and Pitney Bowes’ service and support.