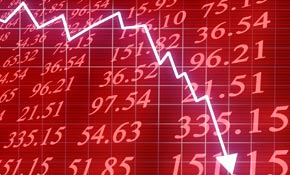 Research firm IDC has found that the industrial printer market in the Australia and New Zealand region is at a decline of 33.8 per cent year-on-year (YoY) and an 18.4 per cent decline quarter-on-quarter (QoQ).

In its IDC Worldwide Quarterly Industrial Printer Tracker, it identified that the industrial printer market in the region declined significantly for the Q1, 2020 period, with local and foreign circumstances, as well as the global coronavirus pandemic impacting its growth.

“Bush fires in the December/January period, trade conflict between the US and China, and the COVID-19 pandemic have all contributed to the contraction in the market,” IDC Asia Pacific market analyst for imaging, printing and document solutions (IPDS) Muhammad Faris Latief said. The tracker specifically identified that printing and advertising businesses across Australia and New Zealand are seeing a drastic reduction in business due to significant declines in the hospitality, tourism, and entertainment industries.

IDC said shrinking demand for static Out of Home (OOH) advertising, in particular billboards, has led to a reduction in shipments of large format graphic printers sized 1.8m and above.

“Advertising businesses are increasing their use of digital ad-sense and digital signage, instead of installing new signage or billboards, as a result of declines in foot traffic,” Faris Latief said.

The tracker also showed that print service providers offering photo printing and sublimation printing are showing sluggish activity as a result of COVID-19, resulting in a decline in graphic printer installation in Q1, 2020.

The overall graphic printer market declined by 13 per cent QoQ and 15 per cent YoY.

IDC said this was driven by the halt of construction activity in March as a result of Government-imposed measures to combat the pandemic.

“April saw a resumption of construction, but this was limited to public and vital infrastructure projects. In May and June, we have seen further lifting of restrictions, and expect construction activity to return to near-normal in July,” Faris Latief added.

“Ultimately, we expect a rebound in shipments for the Industrial Printer market in Q2, 2020 with the recovery in business sentiment as a result of the gradual resumption of regular business activity.”