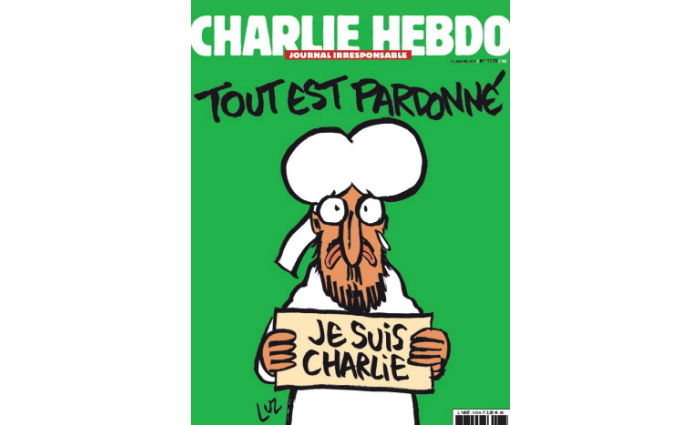 A top-secret group of French printers will produce an extra two million copies of the 16pp Charlie Hebdo ‘survivors’ issue’ after the first run of three million sold out in minutes yesterday.

Multiple printers, using either gravure or web offset presses, have been contracted to help print the mammoth job as its usual printer does not have the capacity to produce those volumes at such short notice.

The identities of the printers involved are being kept secret at least until the issue is printed, to protect them from potential reprisal terrorist attacks, but they will include half a dozen of France’s leading outfits.

The issue is being printed in 16 languages and sold in at least 25 countries including Australia, though there is as yet little information about where it can be bought here.

The survivors issue is the first since last week’s terrorist attack on the satirical magazine’s offices that killed 12 people.

The monster run and the choice of front cover cartoon signal the decision of the French magazine to remain unbowed in the face of the murders of many of its staff.

The cover features a cartoon of the Islamic prophet Mohammed crying under the headline ‘All is forgiven’ while holding a ‘Je Suis Charlie’ sign.

Parisians lined up around the block from the early hours of the morning to buy the magazine, but many were turned away after the first three million run sold out as early as 6am.

The extra run, to be produced immediately, takes the total to five million copies – 83 times the usual circulation of only 60,000.

Both the public and private sector have pitched in to help the magazine fund the printing, with the French Government donating €1m, Google €250,000, The Guardian £100,000, and various French newspapers have pooled €250,000 so far.

Several crowdfunding campaigns are also underway, one of which has raised almost €150,000 so far. All proceeds of the magazine sales will go to the families of the victims.

French news agents were swamped in the early morning with scenes on par with American Black Friday sales pandemonium. Vendors took to hiding copies for their regular customers and those who booked days in advance. Copies are selling eBay for as much as $100,000.