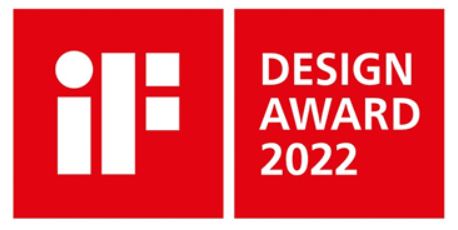 Fujifilm recently won 24 iF Design Awards for 2022 with the Acuity Prime flatbed and Acuity Ultra R2 roll-to-roll wide format printers among the products to win.

Both the Acuity Ultra R2 and Acuity Prime series of printers were released in 2021 and are available in Australia. They will also be on display at the FESPA Global Print Expo in Berlin as part of Fujifilm’s Blueprint live event (Hall 2.2, Stand C30).

Fujifilm’s Acuity Ultra R2 superwide roll-to-roll printer was launched in 2021. It is a high-productivity platform which is available in UV and LED configurations and at widths of 3.2 metre or five metres. Applications are for indoor or outdoor use. The Acuity Ultra R2 was recognised in the iF Design Awards for its reimagined Graphic User Interface (GUI) and layout which is designed for easy operability. Other features are also designed to reduce maintenance and improve serviceability meaning printers have more time to print.

The Acuity Prime flatbed series, which can print on rigid or flexible media from coated paper to plastic, was also recognised for its unique design which has set a new standard for flatbed printers. This printer offers an optional jettable primer which enables adhesion to a variety of industrial media. It was also recognised for offering an intuitive user interface and easy-to-clean printheads and ink tank status lights.

“Fujifilm Holdings sets its highest record with 24 products winning the prestigious award in recognition of not only the products’ beautiful appearance but also their design that achieves advanced performance and excellent operability,” Teiichi Goto said in a statement.

“The iF Design Award is a prestigious international design award launched in 1953, and is considered one of the top three global design awards, alongside “Red Dot Design Award” in Germany and “International Design Excellence Awards (IDEA)” in the United States. This year, there were approximately 11,000 entries from 57 countries and regions around the world.”