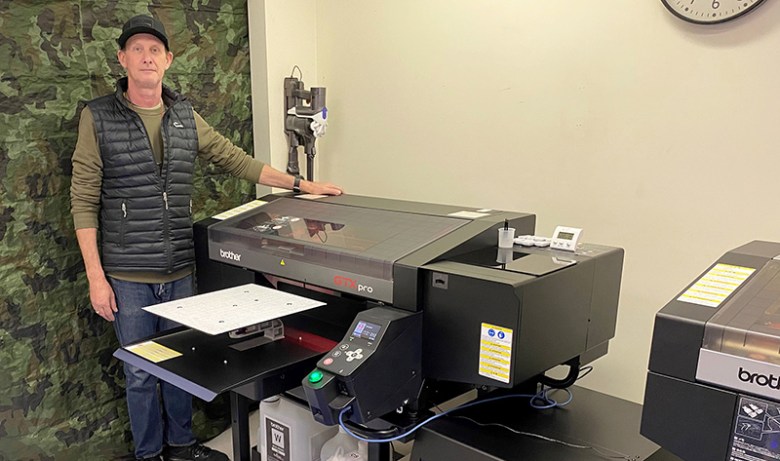 T-Shirt Magic will use the printer to increase production volumes while simultaneously increasing its eco-friendliness using the capabilities of the printer.

T-Shirt Magic was founded in 1998 and designs, prints and supplies garments to clubs, businesses, corporations and charities.

Andrew Sprason and Lily Yang, the husband-and-wife owners of T-Shirt Magic, bought their first Brother garment printer in 2011 and since then have installed multiple units of all subsequent Brother DTG models including the GT-3 series, and the GTX.

Sprason said the investment in the new Brother GTXpro Bulk will allow T-Shirt Magic to scale its production capabilities as the business continues to grow, while also allowing faster production.

The GTXpro Bulk will also increase cost efficiency for the business, as it features a new bulk ink delivery system.

“The Brother GTXpro Bulk will allow us to offer even better quality and faster turnarounds, and at a lower cost for bulk printing,” Sprason said.

The purchase and install of the Brother GTXpro Bulk will also allow for improved production reliability.

“With our other Brother GTX printers, the addition of the Bulk means that we will always be able to fulfil customer orders. If for some reason one of the GTX’s is unavailable or requires maintenance or servicing, we will still have two others as redundancy,” Sprason added.

Features of the GTXpro Bulk include a proprietary bulk-feed system for its specially formulated inks, as well as meticulous attention to detail enabling every component to be up to the rigours and demands of high-production garment decoration.

The bolder, brighter Innobella Textile Inks are water-based pigment inks and are Eco Passport by OKEO-TEX certified and CPSIA compliant. The bulk packaging also uses less plastic as it is fitted with new reusable tanks for less waste and less impact on the environment.