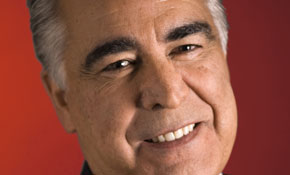 Perez also announced a $US125m ($AU137.8m) investment in the company’s consumer inkjet, printing and workflow and retail system lines that will be placed later on this year.

News of the spend was unveiled in Kodak’s 2008 earnings conference call. During the second quarter of the year, sales within Kodak’s Graphic Communications Group (GCG) grew 5 per cent to $880m (approx. $AU970m) from the same period last year thanks to a strong showing in its consumables division and double-digit growth of its digital plates.

Based on the company’s drupa showing, Kodak is anticipating revenue growth for the GCG to fall between 6 per cen and 7%.per cent

Earnings from operations for the group totalled $13m, which represents a 16 per cent drop from the same period in 2007.

This decline was driven by a raft of factors including higher aluminum costs, seasonality in equipment and workflow sales associated with Drupa, and an increased investment in the company’s digital printing businesses.

Perez would not be drawn as to how the $US125m would be spent on each individual product line but went on to say that most of the sum would be spent in the second half of the year.

The figures from GCG contributed to company-wide second-quarter earnings of $US200m, the equivalent of $US0.66 per share, on overall sales of $2.485bn.

Perez said the growth “reinforces our confidence in the promise of our digital franchise”, leading to increased investment in a number of its product lines.

“In just two examples, we are increasing the projected volumes for our consumer inkjet printers for 2009 and pulling forward by three to six months the delivery date of our new Stream inkjet technology for commercial printers.”