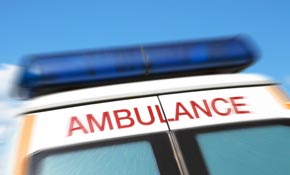 The Ambulance Service of NSW told ProPrint paramedics were called to a site on Kellaway Place in the suburb of Wetherill Park at 6.09pm (AEDT) on Friday evening, where paramedics “found a male in his 30s trapped in a printing machine”.

The man had sustained “severe head injuries” and was confirmed deceased on arrival by the paramedics.

Sources close to the incident as well as national media bulletins said the incident took place at large-format specialist Ultra Press. The company had not officially responded to ProPrint at time of publication.

NSW Police said the man was of Indian descent and they are still in the process of trying to locate his family. They added that they are currently preparing a report on the incident for the coroner.

WorkCover NSW confirmed to ProPrint they are also investigating the incident.