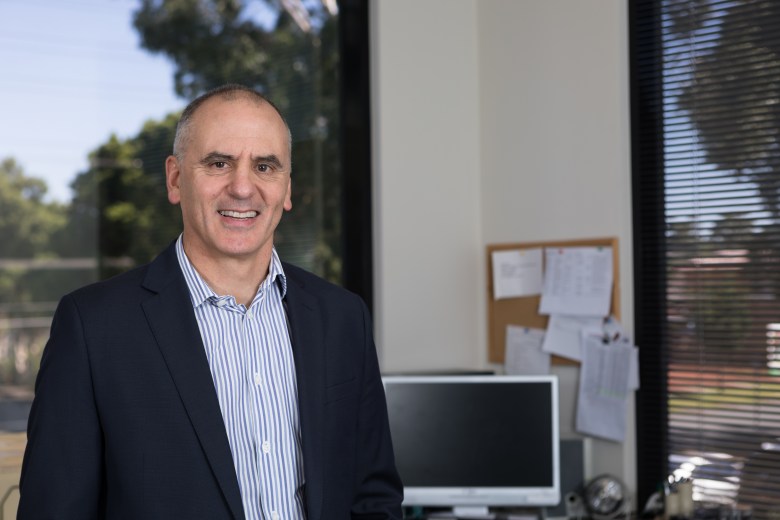 Complete Colour managing director Tim Michaelides says his business weathered the initial COVID-19 impact reasonably well but is expecting May to be tough before previously scheduled work for June returns.

Michaelides also predicts it will be at least 12 months before a solid recovery begins to be felt throughout the industry.

For the print industry, which relies heavily on producing advertising material, this recovery period will be keenly felt as the businesses that do survive COVID-19 will need time to feel confident and have the available cash to commit to advertising.

Michaelides said his Melbourne business which specialises in all areas of print has stood up reasonably well to the challenges of COVID-19 with revenue down about 40 per cent across the board.

“We have clients in various sectors and that has been advantageous to us. We did have an initial impact and we are seeing things just quieten down a little bit further now. There was that initial shock and maybe there will be a bit more of a shock coming along,” Michaelides told Sprinter.

“There is just a glimmer of hope on the horizon. I think it will take 12 months before things improve.

“People have got to have confidence to advertise and print is advertising. In all areas of the market businesses will close and those that do come back may not initially have large amounts of cash available to advertise.

“Sure, they will advertise but where, how and by what medium they advertise will be the challenge, getting a stable foot to make that commitment will be a challenge for all businesses. It is going to be tough that coming back.”

This 40 per cent drop meant Complete Colour was eligible for the JobKeeper scheme. The business has also reduced work hours of the company’s 30 staff by some 20 per cent to further shield the business while still providing capacity to meet current demands and beyond.

The company is now finalising work it had in the pipeline and has a good base of work scheduled for June, but it is the month of May that is looking most bleak.

“I think the next month might be a bit more challenging than what it has been up until now, but we have made all the adjustments that we need to make in the business. We are fortunate that we have a good spread of clients, no one client is a large amount of our turnover, so we are less exposed in that regard,” Michaelides said.

“We are in a reasonably good position financially so we will just ride it out.”

The main areas of downturn Complete Colour has seen are in the short-run digital print space with those spontaneous jobs that come through regularly without warning completely dropping off.

“For us that is frustrating as we are currently installing a second iGen5 press (through Fuji Xerox) when the first wave of restrictions was introduced, due to social distancing the install at 80 per cent has been put on hold for now,” Michaelides said.

“Those short-run jobs have just fallen off an absolute cliff so at the moment we are just working on the bigger volume work.”

What happens after the JobKeeper scheme finishes?

Michaelides commended the JobKeeper scheme but expressed concern about what happens when the wage subsidy payments cease at the end of the six-month period.

“I think the government has been pretty good with the incentives they have offered,” he said, while pointing it out it may have been fairer to structure the payments based on a percentage of a person’s wage.

“Getting through this is important but it is really about what it is looking like on the other side. So, we are just bracing ourselves for that.

“Everyone thinks ‘the government has given us this stimulus and that’s great’ and it is but in five months’ time when that stops how are people going to handle it? Is there going to be another shock?

“When companies and people aren’t receiving funding from the government to support them, the downturn in business will still be there and may increase.”

If there was any good to come from the pandemic, it was the fact it has opened many people’s eyes to the importance of increasing manufacturing in Australia and keeping print onshore as well.

“I agree entirely with the petition. What they are talking about is the projects that have a longer lead time like government departments that produce books on an eight to 12-week timeline. That should be staying here.

“Yes, this can be done cheaper overseas but when the government here imposes all these measures for when you are employing people like paying compulsory superannuation and paying a decent wage and then paying all of the government costs and yet they send their work to countries that don’t force that on companies it is an oxymoron and beggars belief. It is ridiculous,” he said.

Michaelides said he is hoping for a government directive of some sort to encourage government departments and government-owned institutions to commit to having all their print done onshore.

“I think this whole thing might have opened up the eyes of various people that we are good at manufacturing here and we have pushed manufacturing offshore,” he said.

“It is not a smart thing to have done and therefore we really should be looking at keeping a larger volume of manufacturing here in all areas but with things like print, when it is big bulky items, we should doing it here.”