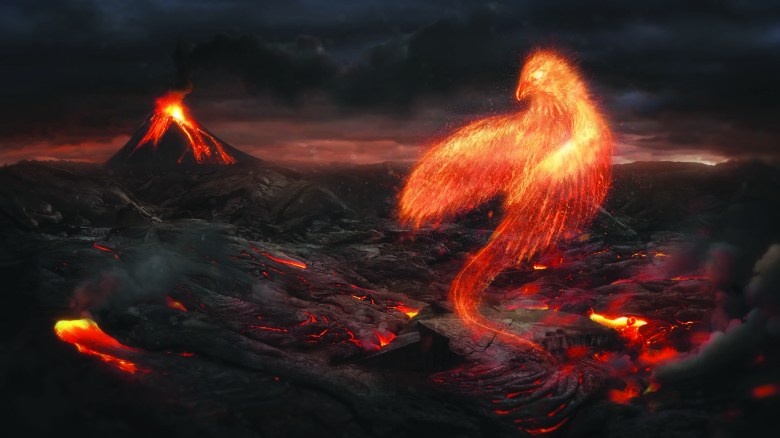 Many industries are affected by phoenix activity with the printing industry, now Australia’s largest manufacturing sector, no exception.

There is no other issue that draws the ire of printers quicker than phoenixing does.

‘It stinks’ was the most palatable response garnered when brought up with members of the industry.

Printers are regularly burnt by companies that run themselves into the ground and re-emerge with a slight name change or call in the admnistrators, pay a minimal amount of debt and circumnavigate the whole mess legally.

The degree of the burn varies but it is still pain for any business, no matter the size.

Being forced to write off debts from the hundreds of thousands of dollars to a just a few hurts any business. As any printer will tell you once it happens, you can never get the taste out of your mouth.

To many, especially those that have been caught out, it is frustrating that provisions exist in the Corporations Act that make it legal for businesses to enter voluntary administration and receive a financial reset.

If it’s agreed to, the old debts are forgiven with creditors often being paid one to two cents in the dollar.

This wreaks havoc for trade suppliers and big headaches for insurers but it also robs the market of being able to naturally find its sweet spot and match demand with capacity.

For Tim Michaelides, owner of Melbourne print business Complete Colour, the aftertaste of losing over $100,000 in a phoenix situation has not faded in the two years since it happened.
Michaelides acknowledges business owners don’t deliberately set out to phoenix.

Instead he sees it as the result of a snowball effect that is partly enabled by a lack of visibility for legitimate companies to view the payment performance obligations of companies to the Australian Taxation Office and compulsory superannuation.

To stem the flow of businesses going down the phoenix path, Michaelides believes the ATO could take some simple actions.

Chief among them is opening the ATO’s payment portal so any supplier can check the financial health of a business.

“The data is there and yet people can’t access it,” Michaelides told ProPrint.

“I think the ATO should allow access on their portal for anyone to just look up and find any company that owes a tax debt regardless of whether the ATO is negotiating with them or has an arrangement with them.

“What you always find out about the ones that have gone bust is they haven’t paid staff super for months and here we all are, legitimate companies, that pay it on the date we have to pay it.”

Michaelides said trust and past trading history are all suppliers have to go on when making decisions about whether to do business or not. Neither are particularly strong measures, especially if the company has debtor finance which can mask its true financial position.

Opening the tax portal up would starve businesses that are in trouble of supply, he says, preventing them from operating, racking up debts and causing untold dramas down the line with taxpayers ultimately covering staff entitlements and unsecured creditors left high and dry.

“They can’t do business if they can’t trade which means they can’t compete with legitimate businesses that do pay,” Michaelides said.

“Imagine if all the paper companies and trade suppliers could go and have a look up and see whether XYZ company was keeping up its tax and super payments?

“Someone can only phoenix by trading over a period of time and paying suppliers on long terms and moving their assets to another business that doesn’t have debts but the fact is they won’t be able to do that because no one will trade with them.”

The Australian Securities and Investment Commission (ASIC) is trying to challenge phoenixing.

While it has had some success in the building trades, it hasn’t claimed any print scalps, yet.

In 2014 it set up a Phoenix Taskforce which involves 35 federal, state and territory authorities, including the Australian Taxation Office, Department of Jobs and Small Business and the Fair Work Ombudsman. Its function is to share information and keep an eye out to catch dodgy behaviour.

The taskforce also has a Phoenix Hotline where suspicious behaviour can be reported along with sophisticated data matching technology that can be used to identify, manage and monitor suspected illegal phoenix operators.

It can also disqualify directors from managing corporations that have been involved in two or more companies that have been placed in liquidation in the past seven years.

Since the Phoenix Taskforce commenced, the ATO and ASIC have also been pushing for tougher laws.

A key recommendation by the taskforce was the creation of a Director Identification Number (DIN). In 2017 the then federal minister for Minister for Revenue and Financial Services Kelly O’Dwyer announced a commitment by the then Turnbull government to bring in a number of changes, including the introduction of a DIN.

But with leadership and ministerial changes and a federal election nothing has happened as yet on this front.

At the time of the announcement O’Dwyer said the DIN would identify directors with a unique number, but it would go further and allow regulators and government agencies to map the relationships between individuals, entities and other people.

A 2018 report by Price Waterhouse ‘The Economic Impacts of Potential Illegal Phoenix Activity’ estimated the direct cost of potential illegal phoenix activity in 2016 was between $2.85b and $5.13b.

Of this trade creditors wore between $1.2b and $3.2b, employees lost between $31m and $289m in unpaid entitlements. The federal government copped the rest at $1.6b.

The Phoenix Taskforce is helping but, the report says, more needs to be done to stamp out the practice which will only worsen with a declining economy.

Printing Industries Association of Australia (PIAA) president Walter Kuhn believes the rise of phoenix operations or those that enter voluntary administration to keep afloat will continue if the economy isn’t kickstarted soon.

His main issue is the mechanism in the Corporations Act that allows administrators to encourage troubled businesses to enter voluntary administration and keep on trading with old debts virtually rescinded.

Kuhn sees this as more of a problem than the illegal behind-the-scenes phoenix activity.

“Phoenixing is dependent on the economy and yes I have seen an increase in legal and non-legal phoenix activity with the latest being last year in Western Australia,” Kuhn told ProPrint, referring to the case of Picton Press which entered voluntary administration in May 2018 with $9m debts with the administrators now seeking to wind up the company not even a year later.

Kuhn agrees that the Phoenix Taskforce and hotline reporting number are good ideas and he isn’t entirely convinced they will significantly stamp out the practice.

“The taskforce and the hotline will force a reduction in the non-legal ones but I believe it will just legalise them and the clear winners will be the accounting firms that act as receivers for this legal activity,” Kuhn said.

“Ultimately it is the creditors that will still lose out.”

Company director education is one of the areas that Kuhn believes could reduce the number of companies letting it go too long before the put up their hand.

“Mandated education on how to run a company which highlights the risk to the directors is a must,” Kuhn said.

“Like the European model, there should be a bond put in place of a certain value that will cover some of the shortfall that would occur and increase the penalties on directors who trade insolvent.”

New whistleblower laws came into effect on July 1, 2019 which ASIC is hopeful will increase the likelihood of those who suspect phoenix behaviour may be happening to report.

But Kuhn is not sure it will really have an impact.

“I don’t think so, the only way to reduce it is for suppliers to the industry to tighten up their credit policy and stand fast to the arrangements,” Kuhn said.

“This would force these companies to either shut earlier with less debt or ensure that they operate legally and morally if they wish to stay in this industry.”
Speaking from the administrator perspective Cor Cordis insolvency specialist Jeremy Nipps says the voluntary administration route has merit and can work for the benefit of the company, creditors and staff.

“It gives a company the opportunity to either restructure its affairs or continue its business to provide a better outcome then would otherwise be the case in liquidation,” Nipps told ProPrint.

“When it is in liquidation there is usually no capacity to restructure or continue so you are just liquidating the assets for the purpose of paying a dividend back to the shareholders.”

He also wanted to clear up any confusion that the Picton case is in anyway a phoenix.

“It is not a phoenix because it is set out in law about what can be done,” he said.

“With a voluntary administration you are not creating a new entity. The entity still continues so the company is still in existence. The Corporations Act provides a mechanism that allows for a financial reset.”

If you suspect a business of undertaking phoenix activity please call the Phoenix Hotline on 1800 060 062 or email PhoenixReferrals@ato.gov.au.

One thought on “Phoenixing: counting the costs in Australia”