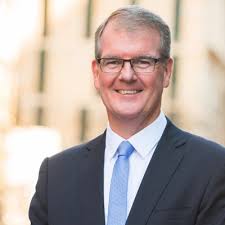 The NSW Labor Party has promised it will provide 600,000 fee-free TAFE places over the next decade if elected on March 24 but a spokesman has confirmed none will be allocated to the printing and graphic arts areas.

NSW Opposition Leader Michael Daley announced earlier this week that the spots will be allocated to those wanting to enter the construction, electrical, plumbing, aged care and disability care sectors – all of which were identified in Labor’s community consultations as suffering from a skills shortage.

A spokesman for Daley says none of the positions would go to those wanting to study printing, print manufacturing or graphic arts at TAFE.

“Not at this stage. It is focused on the construction, plumbing, electrical, aged care and disability care sectors,” the spokesman told ProPrint when asked if any of the free spots would go to those studying print.

“In our conversations with industry that area was not identified as being in a skills shortage. We had pretty wide consultation.”

Printing Industries Association of Australia chief executive officer Andrew Macaulay disputed Labor’s findings that the printing sector does not have a skills shortage, saying that in his dealings with printers many often try without success to employ apprentices.

“It is news to us that there is no skills shortage,” Macaulay told ProPrint, adding that the national Print and Graphics Arts Industry Reference Committee, of which he is the chairperson, was not consulted.

“There is most definitely a skills shortage in the printing and packaging sector but part of the problem is the disconnect between state and federal policy.”

Macaulay says the other problem for attracting school leavers into the printing industries is the perception that it is a blue collar option, but rather due to the technology available through digital, inkjet and 3D in the industry it is actually one of advanced manufacturing.

Labor’s TAFE pledge comes after the NSW government last year announced it would provide 100,000 fee-free apprenticeships in the 2018 state budget at a cost of $285 million.