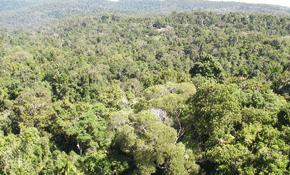 A spokeswoman for the conservation organisation said it has written to the pulp and paper company to ask how it is addressing the logging concerns. WWF is yet to reply.

WWF has repeatedly levelled allegations of illegal logging in Indonesia at the Singapore-headquartered APP. “WWF is very concerned about APP’s logging activities in high-conservation-value forests in Indonesia,” the organisation said.

The latest move follows comments from a conference held by APP in Birmingham last month, where it reaffirmed its commitment to sustainability and the PEFC chain of custody (PrintWeek, 5 June 2008).

However, WWF also said that this was not satisfactory, adding that FSC certification is the only forest accreditation scheme that it recommends.

The spokeswoman said: “Evaluations by WWF of forest certification schemes have found that the different PEFC schemes are highly inconsistent in quality and comprehensiveness and that, as a system, it cannot guarantee well-managed forests.”

Last year, APP was kicked out of FSC over allegations of destroying tropical forest in Indonesia. FSC suspended the company’s rights to use its logo last November following the accusations.

APP did not return calls from PrintWeek, but at its recent conference Aida Greenbury, director of sustainability and stakeholder engagement at APP Indonesia, denied speculation that the company has been illegally logging wood in Indonesia.