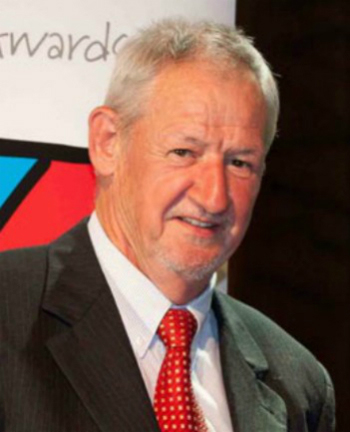 Frank Hilliard, the much loved owner of Melbourne’s Eastern Press, has passed away suddenly after a short illness.

Eastern Press managing director Cormac Deffely says the Hilliard family and all staff at Eastern Press have been left in shock by the sudden passing of Frank Hilliard on Monday night.

“It is with great sadness that we advise Francis Gerard (Frank) Hilliard passed away peacefully yesterday evening Monday 6th April after a short illness. It was unexpected and all too sudden,” Deffely said in a statement.

“Frank was a well-known and very well liked figure in the print industry. Together he and Irene purchased Eastern Press in 1983 and over the last 36 years under his direction it has become a well-known and successful print company with a name for quality and service. A family run business by Frank and Irene where staff have always been treated like family.

“Frank would keep a close eye on the wellbeing of his employees and he was available at any time without fail to listen to a problem or help with a personal situation. The high esteem Frank was held in by his staff is reflected in the 321 years of combined service between the current staff at Eastern Press.

“Frank was one of a kind. He was known for being fair both in his business and personal dealings with honesty being one of his strongest traits. Many will have shared a laugh with Frank over the years as he always saw the funny side of life.

“A light has gone out for us all ……we will celebrate his life and wonderful legacy of conduct and example of leading from the front in business , finance and life.

Due to the coronavirus restrictions a maximum of 1o people will be permitted to attend Frank’s funeral.