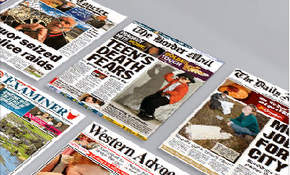 Fairfax posted a net profit after tax of $143.5m for the first six months of the 2010 financial year, following the massive loss last year amid significant restructuring.

Gross revenue at its Australian and New Zealand Printing division was $272m, with $228.7m from internal revenue meaning net revenue was $43.3m.

The division also recording earnings before interest, taxes, depreciation and amortisation (EBITDA) of $57.6m, down 0.7% from last year.

It blamed the fall in external revenue on “reduced pagination” and “lower volumes”.

The company also listed a series of key initiatives in its printing division, which included the commissioning of a “state-of-the-art printing press” in its Christchurch operations, and the decision to bring the printing of its Sunday Life and TV Guide publications in-house.

The company also touted an “improved utilisation” of its Beresfield press, an extension of its Wellington plant, and an upgrade of its Tamworth press.

Fairfax said in a statement: “Printing was affected by lower volumes which resulted in lower revenues. EBITDA was in line with last year as further production efficiencies were achieved.”

Fairfax Media chairman Roger Corbett said the company’s “implementation of a number of business improvements” had produced the return to profit.

“We have extensively re-engineered the company to ensure that all our businesses are operating much more efficiently,” Corbett said.