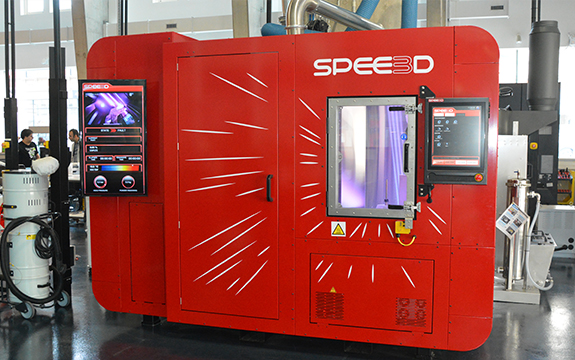 The University’s Factory of the Future houses a suite of advanced visualisation and design tools that allow researchers, students and organisations to explore conceptual ideas for manufacturing next generation products.

The installation is a solution named LightSPEE3D and according to the University, is the first 3D metal parts printer to apply supersonic deposition, where metal particles are “fired faster than the speed of sound”.

This is said to create industrial-quality metal parts in minutes.

“Instead, the metal particles are sprayed at a support plate, layer by layer, through a rocket nozzle using high velocity air, allowing for a much faster build.”

He added that supersonic deposition is cheaper than other 3D metal manufacturing methods.

“This technology can print complex geometric parts without the need for specialised tools such as fixtures, jigs, gauges, moulds, dies and patterns,” he said.

“The only inputs required are computer-aided design (CAD), compressed air and metal powder. This not only reduces the time needed to manufacture a part, but also the cost.”

The collaboration between the Factory of the Future and SPEE3D is also expected to help local manufacturers create new products and become more globally competitive.

It is supported by the Victorian state government and its Future Industries Sector Growth Funding Program.