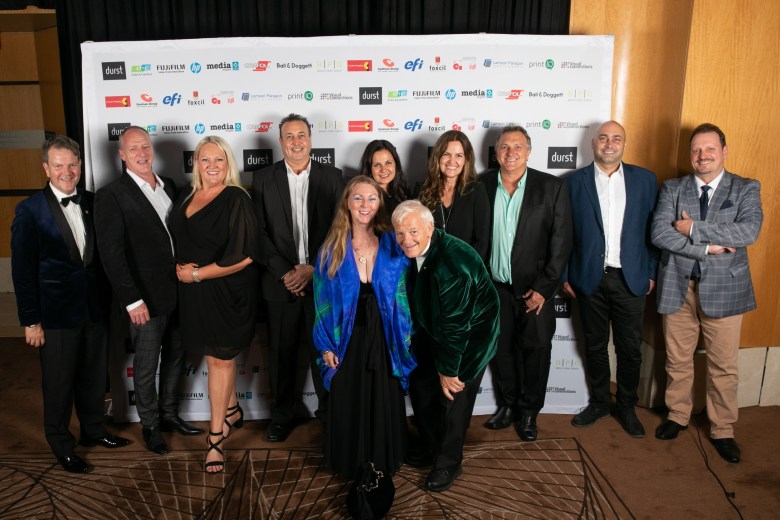 A large contingent of suppliers were in attendance at the first ever Supplier 50 announcement, which was conducted as part of the renamed ProPrint Awards at the Shangri-la Hotel in Sydney last Friday night.

The Supplier 50 is a new category of the awards and serves to recognise those who go over and above to help print businesses flourish.

Supplier 50 recipients were judged on the quality of their award submission based on their achievements over the last 12 months. There was no overall winner of the Supplier 50 with all recipients acknowledged in alphabetical order at the ProPrint Awards.

Their names are listed below and will also appear in the December issue of ProPrint with a short biography and photo.

Special thanks to Platinum Sponsor Durst Oceania, gold sponsor DIC and silver sponsors Bright Print Group, Centrum Group and Graph-Pak for their support of this new and very important category.

A strong contingent of nominees turned out for the event which was a resounding success and was overseen by professional emcee, Sam McCool.

Congratulations to the 2021 Supplier 50: