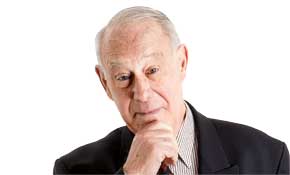 Plethora of piracy
A recent study by the Business Software Alliance (BSA) suggests a majority of printing industry companies are using illegal copies of Adobe’s Creative Suite software package. The BSA is a trade group whose principal activity is trying to stop copyright infringement of software produced by its member companies. It came to this conclusion by using proprietary “probability density calculations” of data obtained in submissions to a recent voluntary audit. Chief executive Barry Whitmore said the organisation was (not surprisingly) shocked to discover such rampant disregard for Adobe’s intellectual property.

Digital directions #1
It tells you something about the direction the printing industry is taking when the incoming Ipex president is not only the youngest ever but also the first to come from the digital world. David Preskett, director of professional print at Canon Europe, is sure to bring a toner and inkjet angle to the 2014 event.

Digital directions #2
People with (very) long memories may still recall the antediluvian days when GM ruled the automotive roost and there was a belief that when it sneezed, the world would catch cold. In printing, some people apply the same idea to Heidelberg. So when chairman Bernhard Schreier went round Ipex talking up partnerships with digital suppliers, one can expect more than a flu injection. Schreier is sufficiently sage to realise that reinventing the wheel is tantamount to going backwards. Rather than wanting to convert the offset world to digital, the game plan aims to use the global H’berg facilities to broad printers’ offerings via either technology.

Pressing ahead
Johann Sebastian Bach lived and worked in Germany’s Dresden, a stone’s throw from the little township of Radebeul. The town is thought to be home to almost half of KBA’s cast iron production for its sheetfed offset presses. Despite economic downturns and export contractions, the 193-year-old firm (Friedrich Koenig and Andreas Bauer founded the world’s first printing press factory in 1817) has in the past decade invested some $60 million in new facilities at its 200,000m2 headquarters. The list of these projects began with a new logistics centre in 2000 followed by a design centre in 2001, a new plant for cylinder manufacture in 2002 and one for the machining of large parts in 2006. In addition, many more millions have been invested in modern machining facilities, design workstations and IT infrastructure. So much for lack of confidence in the future of the industry.

Colourful idea
Another buzzword doing the rounds is G7, according to IDEAlliance, a graphics arts task force originally formed by the Graphic Communications Association in the US. G7 is all about a new calibration method developed for its latest SWOP (Specifications Web Offset Publications) and GRACoL (General Requirements for Applications in Commercial Offset Lithography) specifications. It was first published two years ago and has been gaining traction from a broad swathe of the industry. Worth looking into?

Henry Mendelson has decades of experience in advertising, and has long been a keen observer of the print industry.