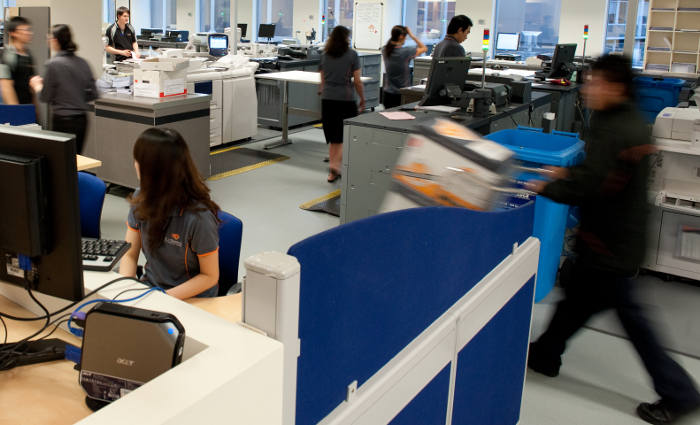 However, the Coalition government announced that Goprint would exit printing altogether on 31 January because it had lost almost $10 million over the past three years.

A spokesperson told ProPrint: "Changes in the printing industry and an increasing reliance on digital media have resulted in several consecutive years of poor financial performance."

The security printing will now be handled by LitSupport after it passed a trial for the final sitting of parliament in 2012.

The firm signed a 12-month contract in December 2012 to provide documents such as Hansard, bills, legislation and explanatory notes, she said. The contract also involves on-demand printing of legislation and other publications for all government departments, she added.

Pitt said the government had been particularly impressed by the online ordering system LitSupport developed in-house about seven years ago.

The system allows clients to track work throughout the production process and also helps their accounting by recording all relevant information, she told ProPrint.

Goprint's 16 staff will be offered voluntary redundancies and all of its equipment will be auctioned, said the government spokesperson.

Litsupport mainly does legal work and runs a fleet of Xerox and Konica Minolta machines, said Pitt. It has offices in Sydney, Melbourne, Brisbane and Perth.

[LinkedIn: Does the government properly support the industry?]